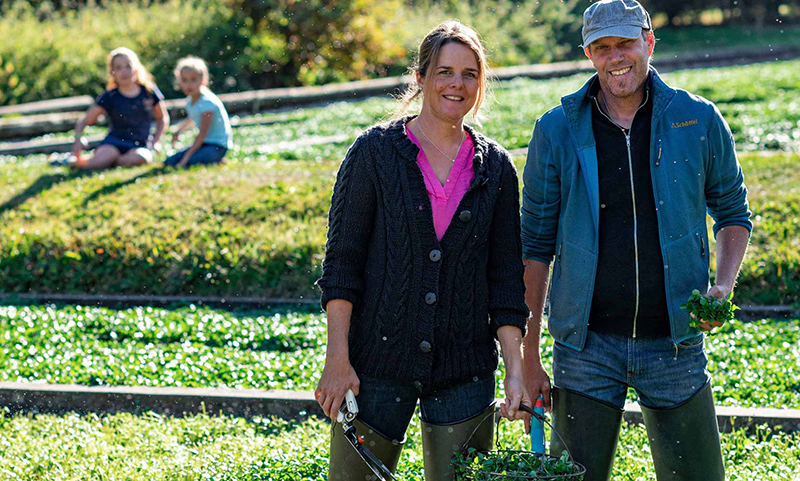 Farmers, Bettina Springer and Daniel Nussbamer, have been harvesting Watercress since 2018. The farm is located in Waynu, Switzerland which is west of A.Vogel AG headquarters in Roggwil. 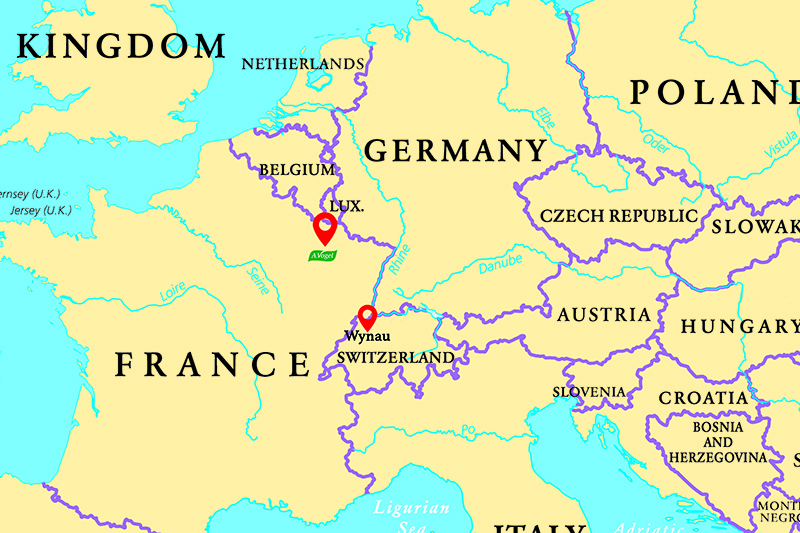 Unlike typical farms, this unique farmstead is situated on 30 acres and contains 66 basin-like streams that is ideal for housing and cultivating Watercress. These basins were created by hand over a century ago as cultivating Watercress has been a family tradition at this location since 1905. In 2018, Mathias and Ingrid Motzet, third generation farmers sold the family farm after 40 years of hard work and dedication. 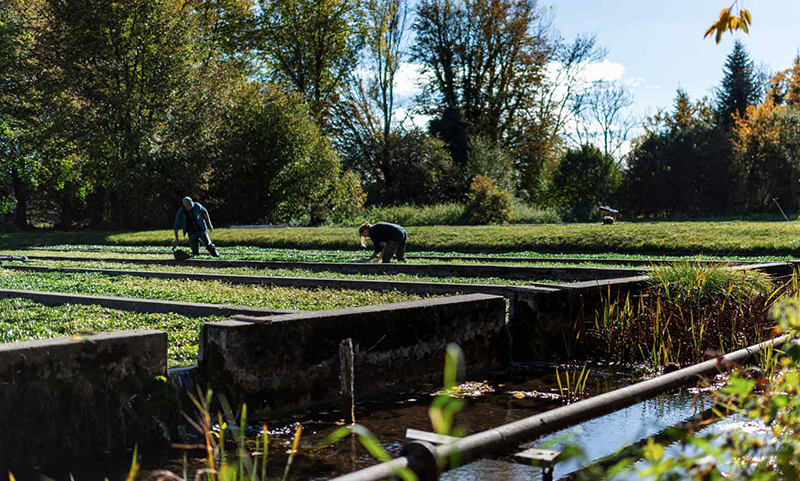 The farm is now controlled by BrunnBach-Kresse Gmbh and managed by Bettina Springer and Daniel Nussbamer. In typical Swiss fashion, before new management could take over both Bettina and Daniel were required to train for a full year with Mathias Motzet.

The new farmers soon learned that Watercress cultivation requires constant water level and temperature monitoring. As Watercress grows, the water level needs to be raised to support the plants and prevent tipping over. They also learned from Mr. Motzet that the most common answer to their questions was "it depends".

Watercress cultivation is unique in Switzerland as it is a manual process and the Watercress is actually cut by hand with scissors or scythe whereas in other countries it is done by machine. The goal of remaining a hands-on, artisanal company is paramount and modernizations are carefully evaluated as to not disrupt plants or their surroundings. The main reason for not mechanizing the process is that it would be impossible to control the conceivable leeching of lubricants and gas into the water, which would be disastrous not only for the farm but all surrounding wildlife.

Although the farm is not a nature preserve, there are many requirements as it is protected by the non-profit foundation Wasserland Oberaargau, whose purpose is to preserve the water as it's a significant resource to the economy and industry. "Our aim is to preserve this near-natural area, but also to continue organic certified watercress production in the same way," explains Peter HÃ¤nni, President of the Wasserland Oberaargau Foundation. Pro Natura, the oldest nature preservation organization in Switzerland also contributes to maintaining its preservation.

Watercress cultivation is a year-round process as the same plants can be harvested 6 – 7 times over the course of 12 months. The farm boasts harvesting more than 25 tons of Watercress per year, more than half of which is sold as salad and the remainder is sold to A.Vogel for their production of A.Vogel Herbed and Spicy Sea Salt.

Bettina and Daniel have made it their personal goal to maintain and preserve the heritage, the legacy, and the scenic beauty behind the farm.